Firm to monitor and maintain facility in multi-year $6.17 million agreement 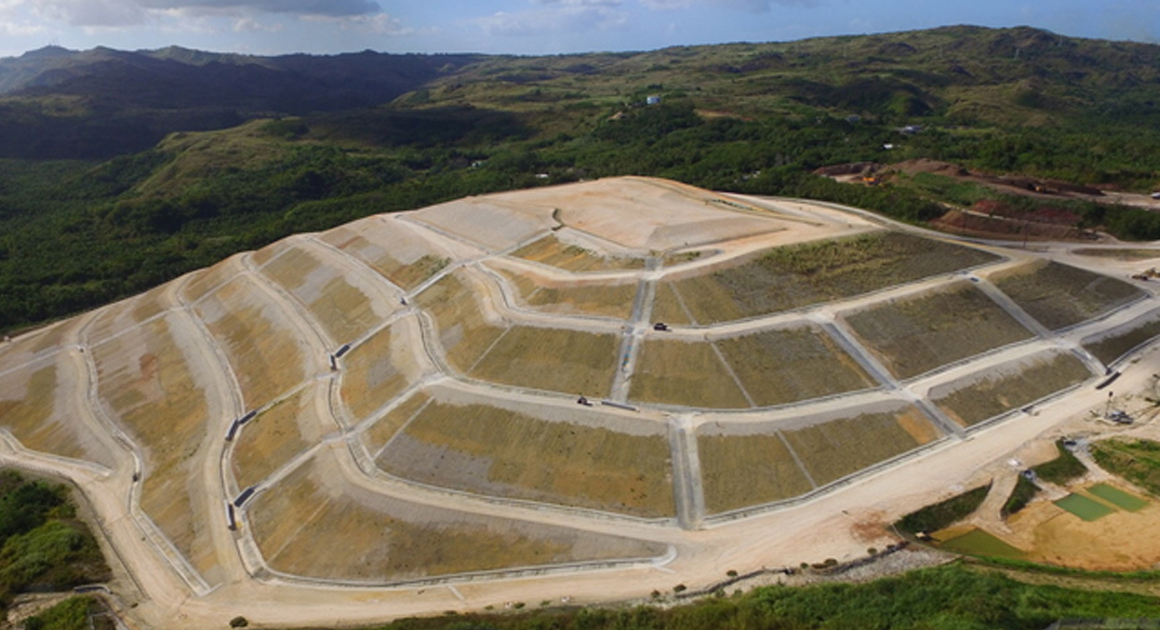 In operation from the 1940s through 2012, the 42-acre Ordot Dump had been the sole disposal facility for Guam’s civilian solid waste. Before the Government of Guam’s ownership of the site began in 1950, it was used as a disposal area, first by Japanese occupying forces during World War II and then by the US Navy. Following a 2004 consent decree for US EPA Clean Water Act violations, the dump ceased operations in 2012, with the newly opened Layon Landfill taking over as Guam’s solid waste disposal facility. The closure design developed by the Brown and Caldwell team was constructed during 2015/2016, ending long-running environmental issues, including releases of polluted leachate into local water bodies and methane gas emissions.

To maintain efficient post-closure responsibilities in a compliant, cost-effective manner, Brown and Caldwell will manage operations and maintenance (O&M) in addition to environmental compliance activities at the facility. As prime consultant, the firm created a post-closure maintenance plan currently pending approval by the regulatory agencies which includes inspections, maintenance, and repairs to ensure the integrity of the closure while performing environmental monitoring programs (groundwater, surface water, and landfill gas) to be executed per US EPA Solid Waste, Clean Water, and Clean Air Acts.

The contract marks an extension of Brown and Caldwell’s affiliation with GBB in its role as Federal Receiver for the Guam Solid Waste Authority, having developed a comprehensive plan for the closure of the Ordot Dump.

“Brown and Caldwell’s experience and understanding of the complexities of the Ordot facility puts Guam in a strong position for continued success at the site and is the key requirement for full compliance with the consent decree.”
David Manning, special principal associate for GBB

Post-closure oversight of the facility further expands Brown and Caldwell’s history of providing environmental services for the island. Since 2012, the firm has supported Guam Waterworks Authority in its efforts to rehabilitate and advance the island’s water and wastewater infrastructure through a $450 million construction program. Current work also includes managing four critical parts of an additional $170 million program to protect the environment and provide access to safe, clean water in support of a large military build-up scheduled for 2022.

“Brown and Caldwell has had the honor of working in Guam for 25 years on many vital projects serving the community,” said Ray Matasci, Pacific area leader and senior vice president for Brown and Caldwell. “We’ve grown to embrace the culture and the people we serve and are committed to helping future generations thrive and sustain the island’s precious environment.”

The firm is contracted for an initial seven-year term effective immediately with provisions for two, five-year contract extensions.

Situated on 63-acres of land, the Ordot Dump had been the sole disposal facility for Guam’s waste since the 1940s....