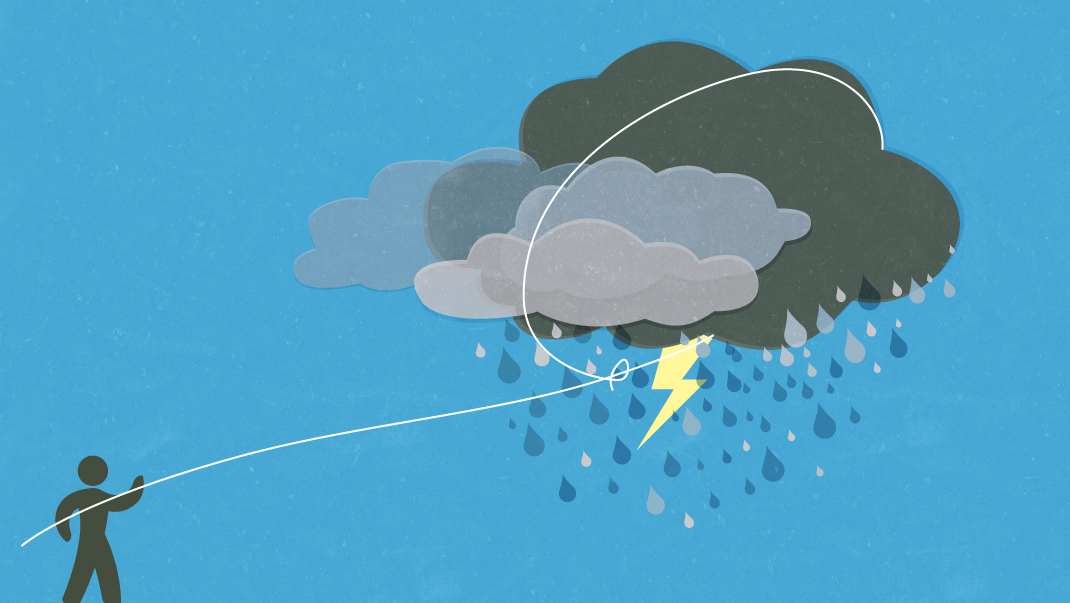 Stormwater is one of the largest and most unpredictable sources of water pollution in the world.  This fact made headlines last week as Hurricane Joaquin pummeled the Southeast, particularly South Carolina, leaving a heartbreaking number of deaths and untold damages in its wake.

Water quality and flooding issues associated with Hurricane Joaquin will no doubt loom large at the Southeast Stormwater Association’s (SESWA) 10th Annual Conference on October 14-16, in Chattanooga, Tenn.  This is SESWA’s 10th anniversary so Brown and Caldwell’s Aylin Lewallen sat down with Executive Director Kurt Spitzer to talk about extreme weather events, the EPA’s new Waters of the United States rule and SESWA’s history and mission.

Q: When did SESWA start and what particular need did it fill?
A: When SESWA was formed in 2005 the only other stormwater association that was in existence in the Southeast was the Florida Stormwater Association.  There were several people outside of Florida that had been attending the Florida conventions. There was definitely interest in a new association whose focus would be the Southeast, especially in Georgia and the Carolinas, but the idea never took hold until a meeting in January 2005 in Atlanta. Between 35 and 50 people from all over the Southeast voted to form the new association and elect interim officers.  That’s when it moved ahead.

SESWA was formed to do three things:  One, to further the education of stormwater professionals through conferences, seminars and other educational events, such as webinars. Secondly, to facilitate the sharing of information on best practices through networking and communications services.  And the third reason was to be a voice for stormwater interests in the Southeast in front of regulatory agencies such as the EPA and also Congress.  SESWA is the only regional stormwater association in the United States.

When the Clean Water Act was passed in the mid-’70s, the primary water quality problem at that time was from point source pollution. It wasn’t until the mid-’80s that cities and counties were added to the list of agencies that had to get permits under the Clean Water Act. Since that time there’s been a growing interest in non-point water pollution. We haven’t solved the point source problem, but we’ve made great strides, and the more difficult problem is non-point because it’s diffuse and that makes it a little more difficult to handle.

Q: How many members do you have and who is your membership base?
A: SESWA had 165 member organizations in 2015. Most are cities or counties but there is a large number of consulting engineering firms or product manufacturers. There’s also a smattering of members from academic institutions, nonprofit associations, and other kinds of advisory committees.  The structure of SESWA allows all types of organizations to have an active role in the association.

Q: What are the biggest stormwater challenges your members currently face?
A: It’s always a challenge for city and county governments to respond to public demand for improved water quality and to fund those water quality improvements. Beyond that there is an overarching new issue that has occurred over the past few months: EPA’s recently adopted Waters of the United States rule, or WOTUS. The revisions are well intended, but I think they are very broad and if anything the definitions are less clear than they were prior to the revisions. This just adds another layer of complexity of getting your job done at the local level. We’ll have to see how that pans out over the next five to 10 years.

In city and county budgets, water quality has to compete with roads, law enforcement, social services, education and healthcare — pick a service — so there are already limited funds. If the universe of waters that Clean Water Act policies apply to is significantly expanded (such as WOTUS does) it makes it much more difficult to prioritize particular waters for water quality improvement projects.

(Editor’s note: After this interview, judges on the 6th Circuit U.S. Court of Appeals in Cincinnati issued an order granting states’ request to stay the WOTUS rule while the court considers its legality.)

Q: How has stormwater management in the Southeast changed as a result of One Water thinking?
A: Integrated water resources management, looking at things more holistically, is being embraced more and more commonly throughout the Southeast because it makes sense. I think the days of thinking that stormwater is simply a waste product to get rid of are gone or on their way out. It needs to be looked at more like a resource and used over and over again before it’s discharged into the natural environment. We have to better integrate all of these water-related services so we may be able to enjoy the resources we have moving ahead.

Q: With devastating flood events happening more frequently, how are your members adjusting and adapting?
A: When you have an event like north Georgia did a few years ago, which was described as a 500-year event, and last week in South Carolina, which was described as a 1,000-year event, you don’t simply rebuild the damaged infrastructure to its previous condition or to its previous design standards. You would hope that you would rebuild to a higher design standard so that it is better able to weather, no pun intended, these extreme events that seem to be happening. In the long-term, the investment in stormwater infrastructure has to be more significant so that it can be hardened to some degree.  In general, these extreme events are renewing the conversations about resiliency and asset management.

There are also other types of responses that might have been unheard of a few years ago.  In several coastal communities, because of sea level rise, their storm sewer system is beginning to function like an artesian well during high tide. In other words, sea water is coming up through the sewer system into the streets. So the municipal response to that, which would be unheard of previously, is that they have implemented a system that pumps seawater out of the municipal stormwater system into the bay or ocean during abnormally high tides.  Things like that you wouldn’t dream occurring just five years ago.

Kurt Spitzer is a partner in Association Management Professionals with Danielle Hopkins, the company that SESWA and the Florida Stormwater Associations contract with for management services. SESWA’s boundaries are co-terminus with those of EPA Region IV and include the states of Alabama, Florida, Georgia, Kentucky, Mississippi, North Carolina, South Carolina and Tennessee.

Aylin Lewallen is a supervising scientist for BC and serves as a regional resource for watershed and stormwater management related to permitting and compliance, restoration, and MS4 program support. She has been involved in SESWA since the beginning and has served on the Board or Executive committee for 8 years and was the association’s president from 2011-12.

South Carolina floods are a ‘once in a millennium’ event